Keeping art alive despite the war and using poetry as a means of escaping a world in ruins. This is the objective of Dernier Métro; François Truffaut’s cult movie in which the director celebrates the spirit of resistance and the theatre, the last refuge of free speech.

Dorian Rossel, who often adapts work for theatre from very different worlds (manga, film, documentary…) makes this love story his own, and through it uses humour and poetry to reject all forms of isolation and intolerance. “The idea is not to remake the film” he explains, “but to allow the relevance of this message to find echo once again in the present.” On stage, eleven actors play and sing in protest against the state of the world today and invite us to keep our ears open for ominous signs in ideological speeches. At the beginning of this century when our frames of reference have become blurred and past certainties are shifting – singing, dancing, loving…resound with joy, like small victories snatched from the hands of melancholy. Swiss director Dorian Rossel is adapting François Truffaut’s ten-César-winning film. An ode to freedom and creativity. 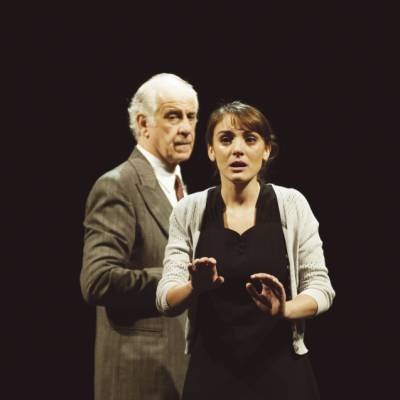