Classified in the supplementary inventory of Historical Buildings, the theater opens outside of show time in order to welcome those who wish to discover features such as the main auditorium and behind-the-scene areas.

With a rich 200-year history behind it, the Célestins Theater has retained all the majesty of its original architecture, which dates back to 1881. Of particular interest are the richly decorated public foyer, the atrium and its harmonious volumes of space as well as the red and gold auditorium, all of which make this theater ‘à l’italienne’ an exceptional building.

After 2 years of extensive renovation it became a unique lieu in spring 2005, associating tradition and high levels of technical prowess in its two auditoriums.

Led by passionate guides, the visit offers a captivating voyage within one of the most beautiful of all European Italian-style theaters. From the main auditorium and its rich red and gold décor to the smaller Céléstine auditorium, and without forgetting the public foyer and the artists’ facilities, the tour retraces the history of the building, which was renovated in 2005 and reveals its hidden side as well as the activity of this grand institution of the Lyon metropolitan area.

Programmed ninety-minute visits one Saturday a month at 10:30am.

Reservation necessary, ticket prices are €8 (full tariff), €5 (for under-25s), and there is no charge for children under 10 years of age.

For those with reduced mobility, because the visit includes areas of the theater that are usually closed to the public it would be preferable for them to be accompanied. Please also note that not all areas are accessible to wheelchair users. 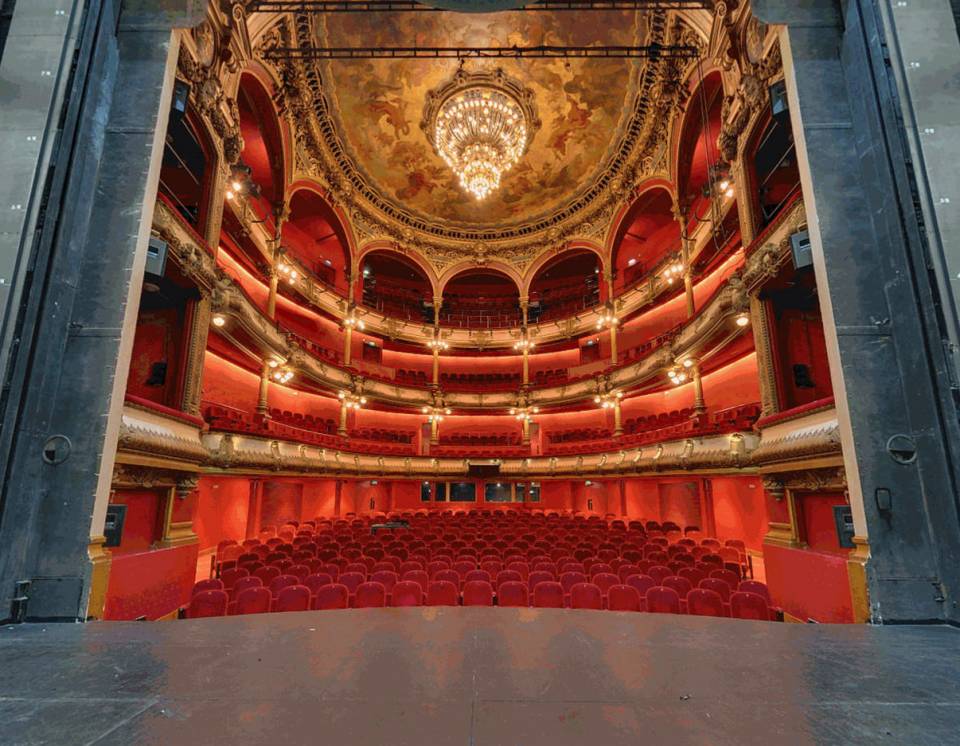 In the jewel of architecture that is the Célestins Theater the main auditorium, which has been renovated several times since 1881, is a classical example of the auditorium ‘à l’italienne’. Everything has been carefully designed in order to be able to ‘hear, see and be seen’. The superposition of its balconies, which are in the form of a horseshoe, responds perfectly to this demand and they are part of an extremely codified area within which the public used to be disposed according to highly elaborate and strict rules of social stratification. The boxes were reserved for aristocrats, the balconies were peopled by the finest elements of the bourgeoisie, and the stalls, which were standing-only at the time, were destined for those of lesser social stature. When the stalls were modified, with an orchestra pit and seating, its public were relegated to the ‘chicken coop’, which is usually referred to nowadays as ‘paradis’ – ‘the gods’ in English-speaking theater. The boxes on both sides of the theater were also frequented by notable personalities who, whilst being fully in the public’s view, remained separated from them.

But the biggest modification since the 19th century occurred when the theater’s capacity was reduced from 1100 to today’s figure of 967. 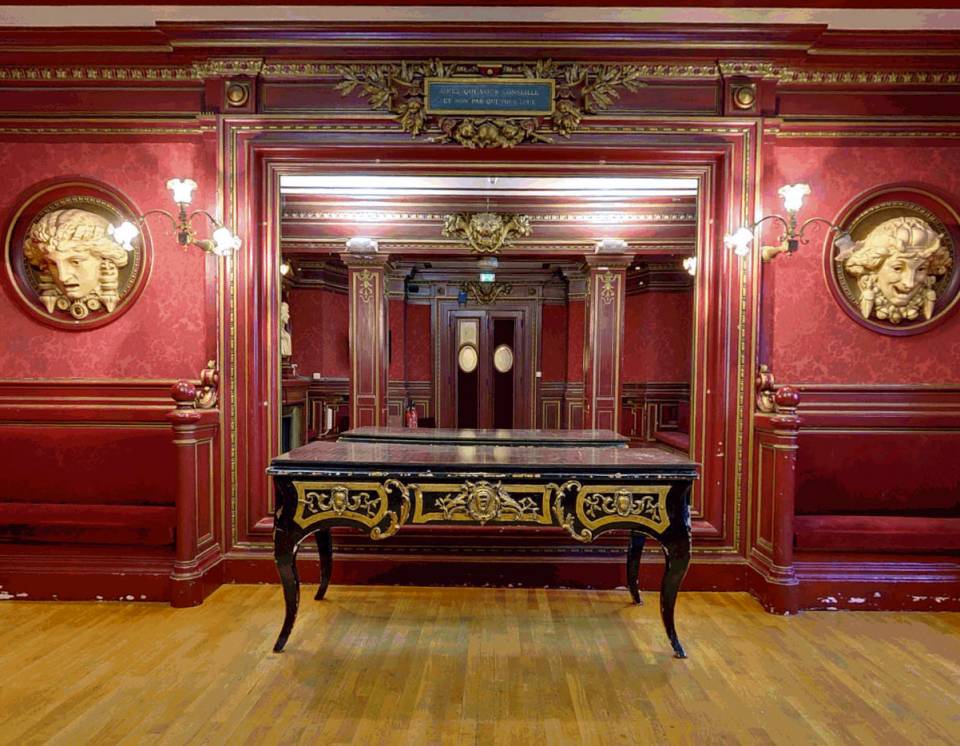 This foyer is charged with all the emotion and magic of the theater. Renovated in 1989, it has retained its original colors, which are the red and gold that is also a feature of the main auditorium, and above the large mirror can be seen a maxim by Boileau which reads ‘Love those who advise you and not those who praise you’.

During rehearsals, before the curtain goes up and during the performance itself performers can be seen in the foyer in the company of the stage and other staff who ensure its smooth running. 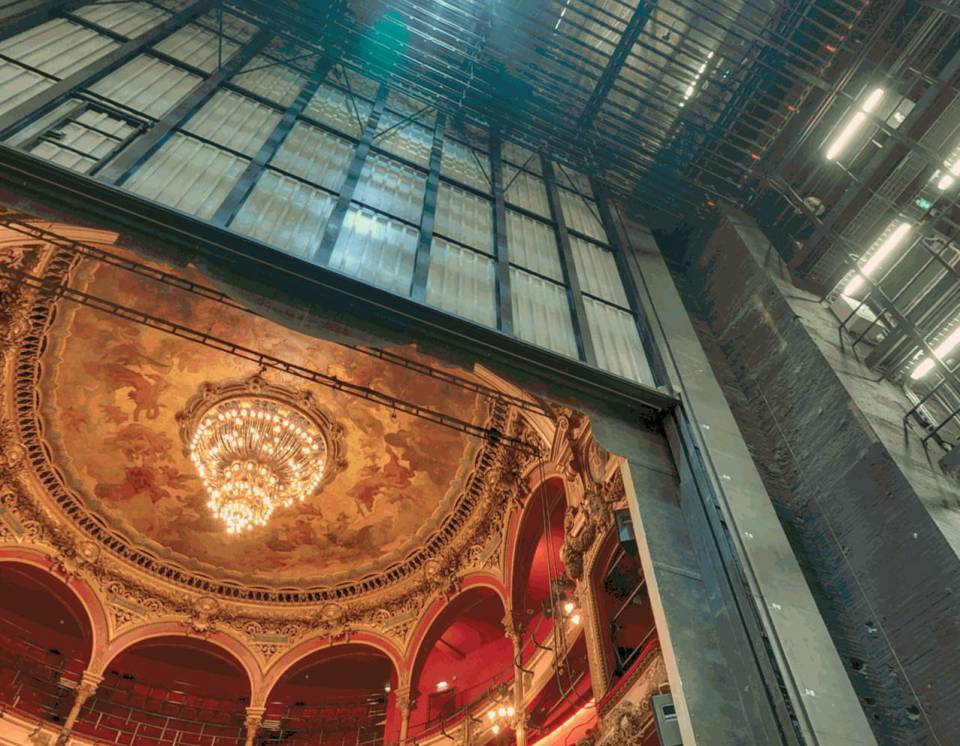 ‘The stage’ is the stage itself, but also fly rails, wing flats, the understage stage area and other equipment and areas. The original ‘à l’italienne’ machinery was composed of wooden structures and rails actioned with hemp ropes, but during renovation work in 2003 the stage area was extended to the theater’s supporting walls and modern machinery was installed.

The stage itself is 20m wide and 13m deep, and sections of the deck can be opened thanks to a system of trapdoors in order to bring elements of décor, accessories and performers onto it.

Constructed in 2003, this new and smaller theater is housed within the walls of the main theater and is situated at basement level. It can be used for rehearsals and to present shows that demand more intimate proximity to the audience.

Accessible to those with reduced mobility, the Celestine has a capacity of up to 170 thanks to its modulable seating areas and other features that offer a variable capacity. Its construction involved major earthworks as well as a system of water insulation to prevent water from the nearby River Saône from seeping in.

The structure has also been situated and designed in a manner which permits simultaneous performances in both theaters, largely thanks to the installation of sophisticated sound isolation material. 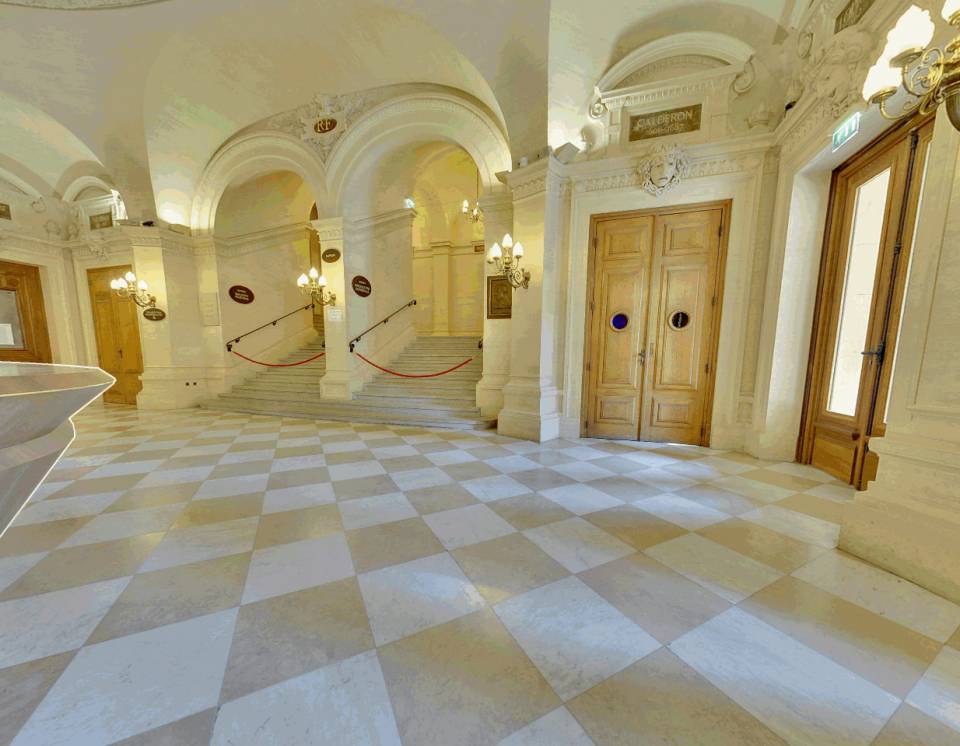 This entrance hall, called a ‘vestibule’ by the architect Gaspard André, contains a central stand (traditionally called the ‘box of salt’) which serves as the ticket office prior to performances, and it offers access to four large staircases that lead to the various balconies of the main auditorium.

The original entrance doors between the peristyle and the interior of the building were replaced with glass versions during the renovations in order to create more light within the atrium. The Macchiana della luce d’Oro chandelier, which was created by the Milanese artist Carlo Catellani, adds a contemporary touch to the ensemble. 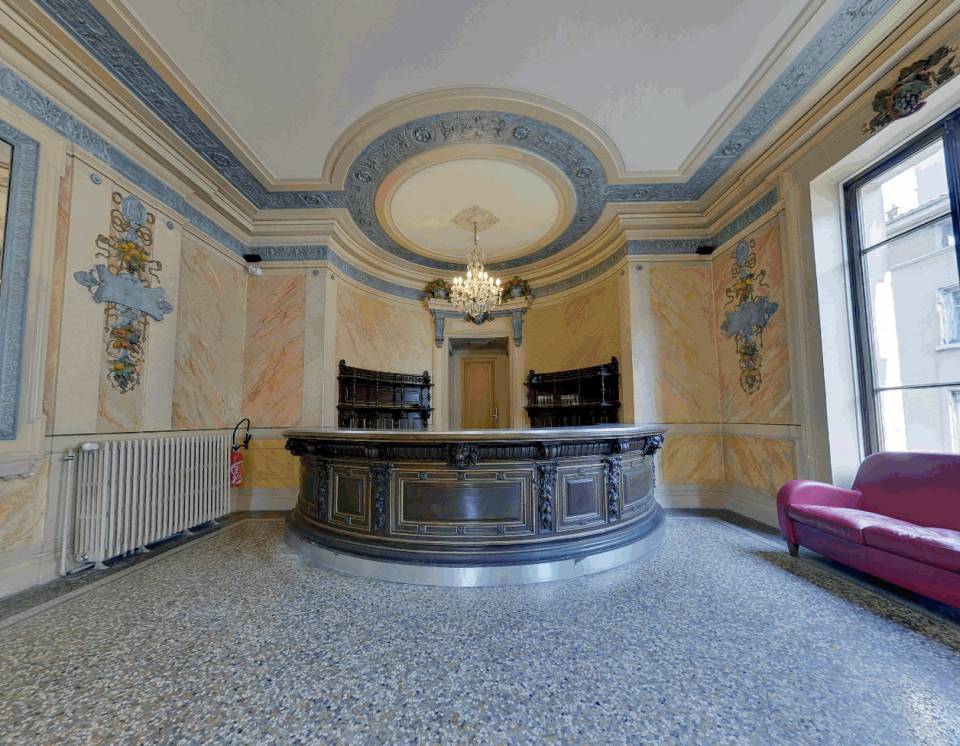 This bar has a unique charm in which the stucco reliefs, the Dionysian grapes, the face of Bacchus, the various images and medallions create a harmonious decorative atmosphere.

The bar was created in 2002 in the foyer adjacent to the Célestine that used to house the boiler room and costume reserves. Open to the public for one hour before and after performances, the bar is named the ‘Etourdi’ in homage to the title of Molière’s first comedy piece, which was written in Lyon.

As is the case for most Italian-style theaters the Célestins offers a place for the public to meet in a richly decorated environment. The public foyer was restored in 1992, the year the theater celebrated its bicentenary.

The foyer, which is dedicated to Molière, contains a combination of Renaissance, 17th century and Baroque styles that were created by Joanny Domere. A large portrait of Molière takes pride of place above the fireplace, and there are also several portraits of characters from his plays, such as Sganarelle, Dom Juan and Arnolphe.

There is also a crest with the letter L (for Lyon), and here and there can be seen images of the ‘Canut’ workers transporting silk, which was one of the finest artisanal activities of the city.