The story of the theater

The site of the Célestins Theater lived several previous lives before becoming what it is today, which is one of the most beautiful Italian-style theaters in all of Europe and an architectural highlight of Lyon. 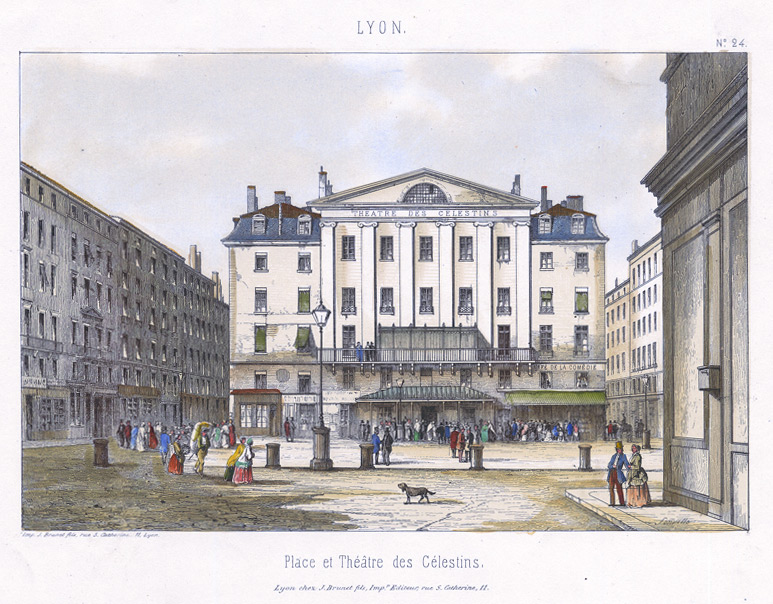 The story begins in the Thirteenth century with the arrival of the Knights Templar on a site on the banks of the River Saône stretching from what is today the rue du Port du Temple to the Bellecour plaza, and they were forced to leave in 1312 as a result of the dissolution of their Order. 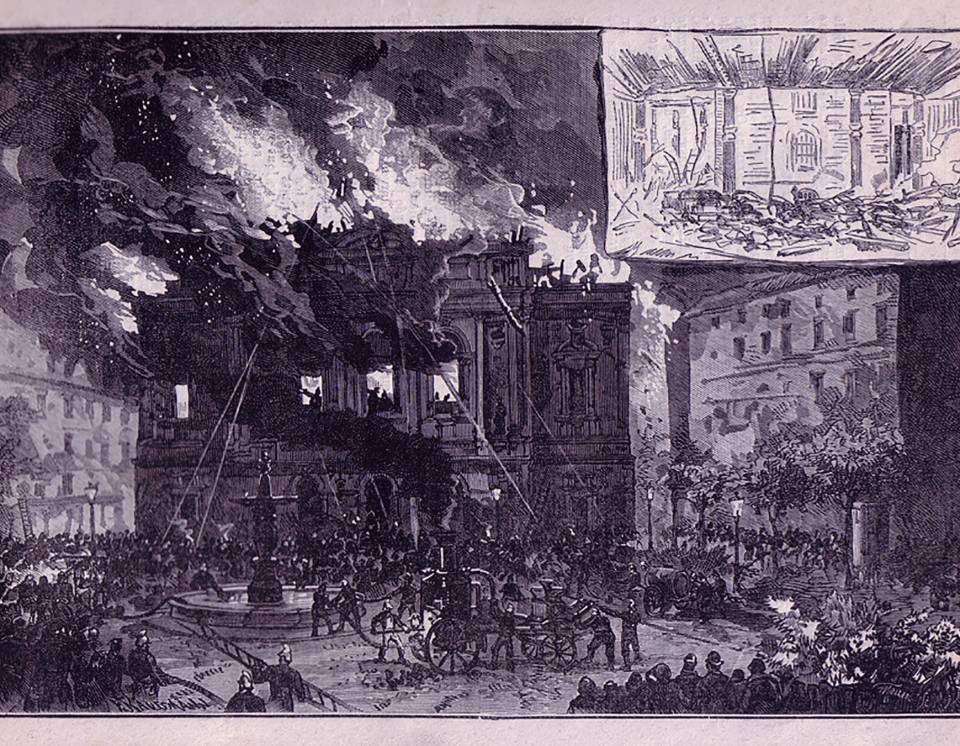 They were followed by the Célestins monks, who founded the Notre-Dame-de-Bonne-Nouvelle abbey in 1407, and it was reconstructed and refurbished several times during the Fifteenth century and ravaged by major fires that destroyed part or all of it in 1501, 1622 and 1744. However, the reform of monastic orders led to the closing of the monastery in 1788, thus leading to the nature of the site changing once again. It spread to and beyond the rue Charles Dullin and the rue Gaspard André, thoroughfares were introduced and the convent finally disappeared.

FROM THEATER TO THEATER 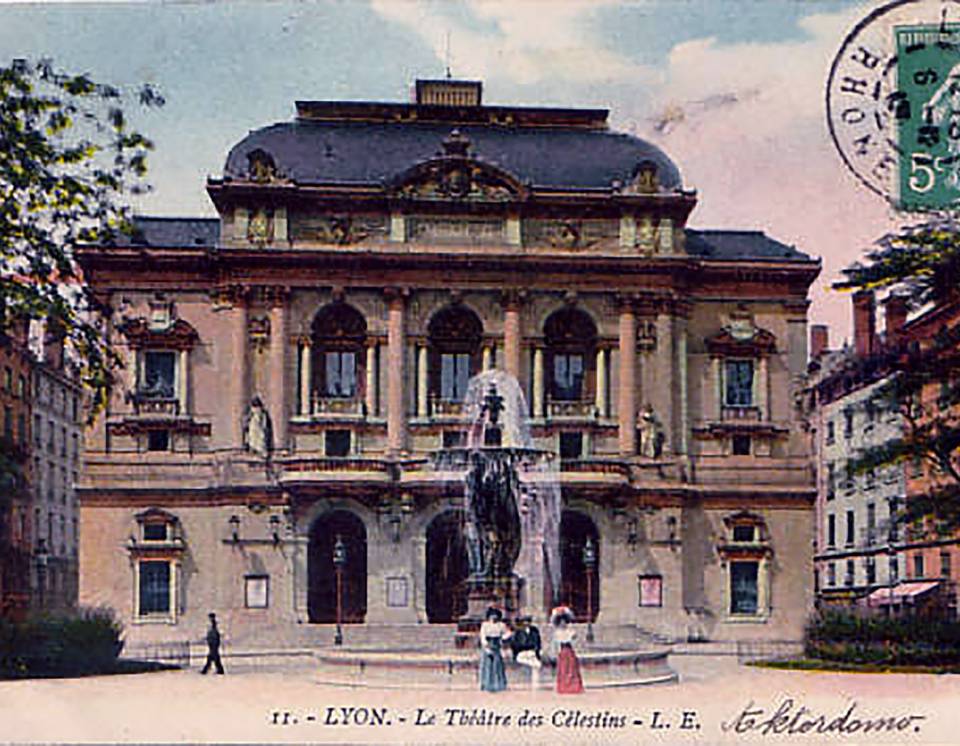 In 1789, the private company which managed the site decided to construct a theater and commissioned the architects Morand and Colson to design and construct it. The first theater, the Théâtre des Variétés, was inaugurated in 1792. It was smaller than the present-day theatre and was surrounded by living accommodation.

In 1833, the theater’s owners entered into a dispute with the authorities of Lyon over the amount of rent it was paying and this led to its closure. The authorities then built another theater which was commonly known as the Gymnase. Situated on the Concord plaza (now the place des Jacobins), it remained open to the public until 1840. Meanwhile, the authorities took the Théâtre des Variétés under its wing and reopened it in 1838, but it was entirely destroyed by fire in 1871, at which point the Lyonnais architect Gaspard André was tasked with its reconstruction. It was reborn as the Célestins Theater, an Italian-style construction which opened in 1877, but it too fell victim to the flames, but a determined André immediately began its reconstruction according to his original design, and the new theater was inaugurated in 1881.

A NEW LEASE OF LIFE

The theater was added to the supplementary inventory of Historical Monuments in 1997, and 2003 saw the start of major modernization work that necessitated a temporary closure of two years, although its program of productions destined to be presented elsewhere continued uninterrupted. The theater’s interior areas were redesigned and a smaller theater – la Célestine – was constructed in its basement.

The Célestins reopened in 2005, the extensive renovation had recreated the original splendor of the original version of 1881, and particular care was given to the restitution of the mural decors and mosaics that Gaspard André had designed.

EXPLORE THE ARTISTIC HISTORY OF THE CELESTINS FROM 1890 TO THE PRESENT DAY:
www.memoire.celestins-lyon.org Over 100 years of history in online format